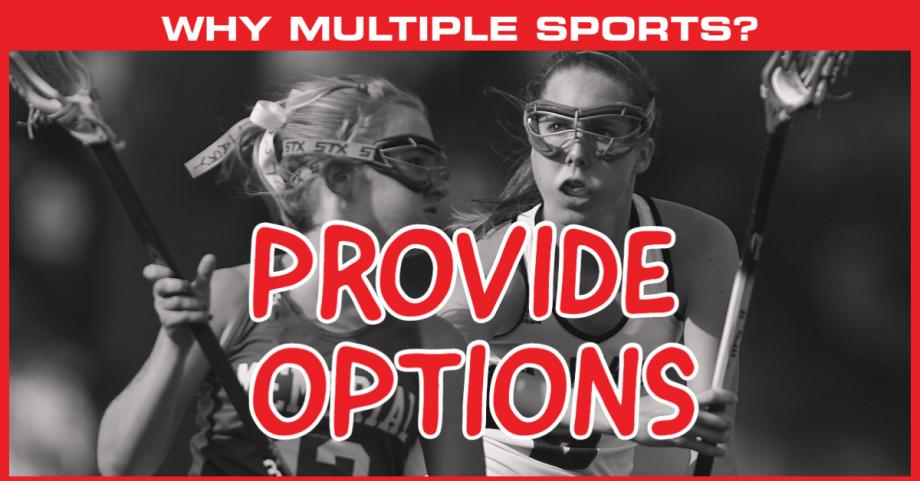 Kids who play sports can reap many benefits, including improved physical fitness, development of athletic skills, team-building and, of course, fun. Student athletes who excel at a sport may even qualify for college athletic scholarships, which may tempt both kids and their parents to focus on a single sport, such as soccer, football or baseball

However, some pediatricians and sports medicine experts believe that specializing in one sport may put young athletes at risk of both physical injuries and burnout, especially if they do so at a young age.

Daniel Lichtmann, MD, a pediatrician at Scripps Clinic Carmel Valley who specializes in sports injuries, says the most common youth sports injuries are caused not by trauma, but by overuse.

“Being in just one particular sport, you’re constantly using the exact same muscles over and over, so it increases your risk for overuse injury for two reasons,” says Dr. Lichtmann. “One, you’re using those muscles more, and two, you’re not necessarily strengthening the surrounding muscles that help support the ligaments and joints and bones in the area.”

The American Academy of Pediatrics (AAP) recommends that young athletes minimize risks by waiting until age 15 or 16 to focus on a specific sport. In addition, the American Orthopaedic Society for Sports Medicine says that in most sports, specializing at a young age offers no benefit.

A 2017 study in The American Journal of Sports Medicine appears to confirm that sport specialization in youth may increase the risk of injuries among high school athletes by 50 percent. Among the most common injuries were ankle sprains, knee tendonitis and stress fractures. Student athletes were considered “highly specialized” if they had quit one sport to focus on another, considered their chosen sport more important and trained more than eight months a year for their sport.

Pediatricians believe it is important for young athletes to play a variety of sports, both to avoid overtaxing certain muscles and joints as well as to encourage a more balanced workout. In addition to team sports, kids should have the opportunity to try individual sports, such as swimming or martial arts.

“Even in high school it is probably best to be in multiple sports, but if you are specializing, it’s important that you’re doing some kind of cross-training, either with the team or during the offseason, so you’re not constantly using the same muscles,” says Dr. Lichtmann. “And, kids and adults should have at least a day off from activity each week to let the body recover.”

Parents should keep in mind that kids may not recognize subtle signs of injury or overuse until the damage has been done.

“If it hurts, your body is telling you something. Resting now can help prevent longer recovery times or even worse injuries in the future,” says Shaun Berger, MD, a pediatrician with Scripps Clinic Rancho San Diego.

“Athletes want to play through injuries, but often an injured athlete may actually hurt the team if they can’t make a play because of their injury. Sometimes taking time off to recover can get you back to playing at 100 percent sooner.”

Dr. Berger adds that a good rule of thumb for training is to increase intensity, duration or frequency of activity by no more than 10 percent from week to week.

Talk to your pediatrician or physical therapist

Along with delaying sport specialization until after puberty and encouraging kids to try a variety of sports, the AAP also offers the following recommendations: