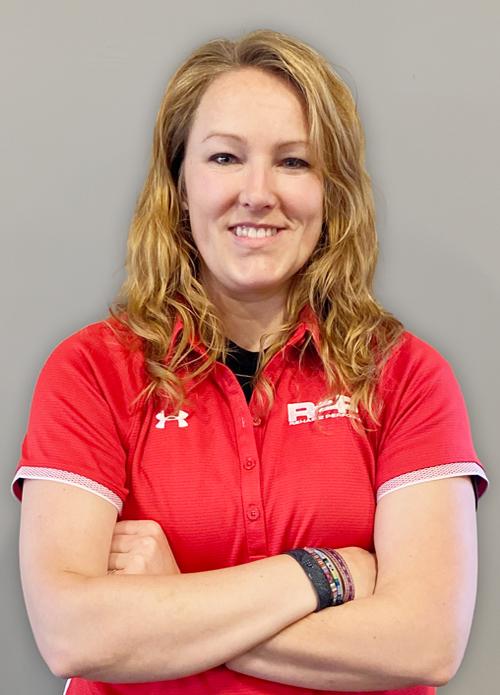 Corrie is a Colorado native, but grew up in Washington County, Maryland and played high school soccer for North Hagerstown High School.  She then played soccer for Messiah College and helped the team win the first NCAA National Title for their program.  During these two seasons of her life, Corrie became interested in physical therapy after enduring two ACL reconstructive surgeries and multiple shoulder dislocations, amongst other sports injuries.  Corrie continued to pursue a career in physical therapy by earning her Doctor of Physical Therapy (DPT) degree from the University of Maryland-Baltimore in 2011.

After practicing for several years, Corrie moved back to her roots and continued practicing in Alamosa, CO where she earned her dry needling certification and continued education in sports rehab through an EXOS mentorship and multiple sports rehab courses.   She consulted with the local university to perform Functional Movement Screens and work in the training room in an interdisciplinary environment to rehab collegiate athletes.  The high altitude training environment gave her insight to the world of trail running and ultramarathon running and helped her develop further rehab strategies for the elite running community there.  It was also there she became involved in CrossFit and eventually earned her Level 1 coaching credentials.  She participated in efforts to instruct youth athletes in the area in safe weight-lifting and training strategies. She has coached soccer for years in many different capacities, including at the club, high school and NCAA DII level.

Corrie returned to Maryland 3 years ago to be closer to family and continues to pursue ways to help people reach their individual health and wellness goals and decrease injury risk.  She enjoys meeting people, getting to know them and finding out what motivates them.  She believes the psychology of rehab is just as important as the physical nature of rehab and strives to help clients reach their goals considering all aspects of healing.

Corrie can be found in the mountains nearly year-round either snowboarding, skiing, hiking or mountain biking.  She still participates in soccer leagues in the Frederick area as well.