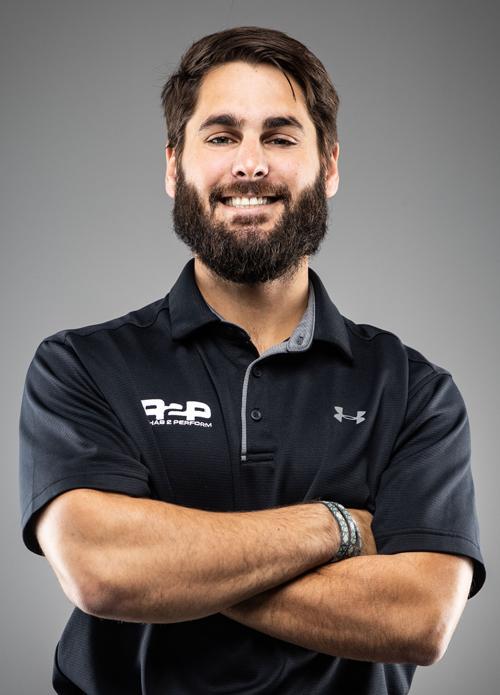 Caleb grew up in Bowie, MD. He was a multi-sport athlete through his youth and high school. He attended Anne Arundel Community College for 2 years where he played for the men's soccer team. Caleb was always passionate about human performance and athletics. After suffering a variety of injuries throughout high school and junior college, Caleb made the decision to no longer pursue college athletics. He then transferred to Towson University to pursue a degree in athletic training. Caleb was the student president of the Towson athletic training program and became very involved in the Towson community and the Towson athletics department. Caleb spent the majority of  his clinical experience working with the Towson men's lacrosse team, Towson women's soccer team, and various private high schools in Baltimore County.

After graduation with his board certification in athletic training, Caleb wanted to build upon his skills and further his education by pursuing his Doctor of Physical therapy degree. Caleb graduated from University of Maryland, Baltimore, where he further developed a passion for orthopedics and sport performance. Caleb completed his clinical experiences in a variety of sports and orthopedic settings, including an affiliation with the University of Maryland, College Park football and lacrosse teams. Most recently Caleb completed his last clinical internship in a sport performance setting with EXOS in Los Angeles, CA. At EXOS he worked primarily with college football players as they prepared for the NFL combine. In addition, he worked with variety of professional football, baseball, and lacrosse athletes. Caleb enjoys working with active individuals, athletes of all ages, and individuals who are motivated to better their health and achieve a more active lifestyle. He is excited to be starting his physical therapy career at Rehab 2 Perform™ and beginning an active involvement in the Frederick community.