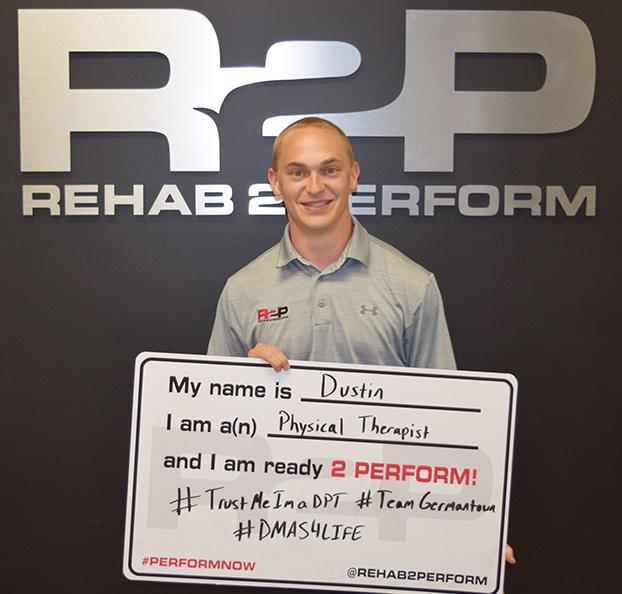 Why did you want to become involved in physical therapy?

I dreamed of being in the medical field from the time I was 7 years old but wasn’t sure which path I wanted to take until college. I first realized that I wanted to get into the physical therapy profession while performing rehabilitation with my athletes at Salisbury University, where I was studying Athletic Training. I found that being involved in the whole spectrum of care throughout the duration of a patient’s rehabilitation allowed me to better develop relationships with my patient’s. Watching an athlete returning to the sport and activities they love is the most rewarding thing I had been a part of in health care.

What is your background?

What is your specialty or niche when it comes to physical therapy?

I have a soft spot for basketball and football players. I suffered a major injury during my own football career which caused me to miss most of the football season and the entire subsequent basketball season. I have personally gone through the rigors of rehabilitation that allowed me to return at my most functional capacity and I feel I have a particularly detailed understanding of what abilities are necessary to perform in these sports.

What are you most looking forward to in joining the Rehab 2 Perform team?

Over the last 4+ years, I have actually been with Rehab 2 Perform as a college intern and as a Physical Therapy. There are many things that have continuously drawn me back to this group, but the thing I love the most about this company is the passion for being great in this profession. The culture at R2P is unlike any other, which is why many of the other staff members come from all over the country to be a part of it.

What are your plans on trying to engage and connect with the Mt. Airy community?

Currently, I am already the Head Coach of the Damascus Cougars U13 football team which recently merged with the Clarksburg team at that level. I have always been involved in the community of Damascus, primarily through youth sports, but I plan to get more involved in the Germantown community through networking events and charity runs. I look forward to making some new relationships in the area!