Home › News › How to Take Control When You’re Emotionally Overwhelmed

How to Take Control When You’re Emotionally Overwhelmed

How ‘cognitive reframing’ can help you through the coronavirus pandemic 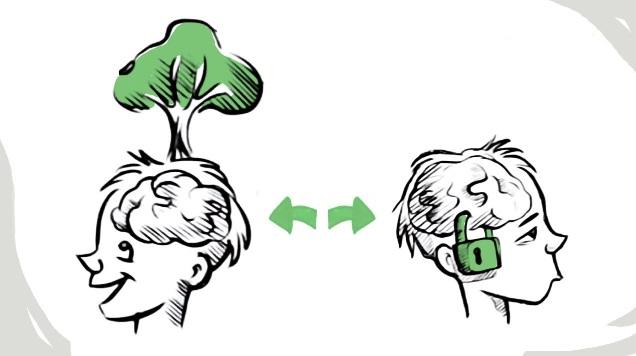 Strong emotions are often compared to tempests or torrents — as though they were powerful forces that are largely out of a person’s control. But experts who study human emotion say that this is wrong. People are not the helpless victims of their emotions; to a great extent, they can control both the feelings they experience and also the intensity of those feelings — whether they’re dealing with a volatile co-worker or a pandemic.

“Most people walk around with a pretty dim idea of what emotions are, and an even dimmer idea of what they can do with them,” says James Gross, a professor of psychology at Stanford University and director of the Stanford Psychophysiology Laboratory. “But if we look at how emotions arise, we can identify points at which people can interfere with or modify that process.”

Gross explains that fear, concern, joy, and other feelings are the products of thoughts, which people have in response to the stuff that occupies their attention. Attention, meanwhile, is largely dictated by the situations in which people find themselves. To summarize: situations direct attention, which leads to thinking and, finally, to feeling.

Understanding this sequence is helpful, he says, because it allows a person to take steps to either avoid the situations that give rise to unhelpful emotions or to adjust those emotions once they’ve formed. And one of the most effective and evidence-backed ways for people to adjust their emotions is a technique that psychologists call cognitive reframing — also known as cognitive restructuring or reappraisal.

Cognitive reframing is a major component of cognitive behavioral therapy (CBT) — now widely considered the gold standard in psychotherapy — and it involves challenging and changing the underlying thoughts that give rise to unhelpful emotions.

“The premise behind cognitive reframing is that it’s not really the things that happen in life that drive our emotions and behaviors, it’s the way we think about those things.”

A 2014 review in Psychological Reports concluded that cognitive reframing is strongly associated with positive mental health outcomes, including a reduced risk for depression and anxiety disorders. Neuroimaging studies have consistently shown that cognitive reframing activates regions of the brain involved in thought control while mellowing activity in the brain’s emotion centers. “Reframing has emerged as a really strong form of emotion regulation, and one that’s associated with a range of good outcomes,” Gross says. People who practice it report less anxiety, less depression, and better social connections, he adds.

“The premise behind cognitive reframing is that it’s not really the things that happen in life that drive our emotions and behaviors, it’s the way we think about those things,” says Simon Rego, chief of psychology in the Department of Psychiatry and Behavioral Sciences at Montefiore Medical Center in New York City. Of course, some things are more likely than others to trigger negative reactions, such as anxiety or anger. The current Covid-19 situation is an example.

But even when a healthy measure of concern and anxiousness is appropriate, cognitive reframing can prevent negative thoughts and emotions from snowballing to a point where they become overwhelming or destabilizing.

“If you’re not careful, a vicious cycle can form between negative thoughts and negative emotions, and that can quickly cause the emotions to become more intense and the thoughts to become less reality-based,” Rego explains. Cognitive framing can interrupt that loop.

How does it work? For starters, some self-awareness is required; a person needs to recognize what they’re feeling — anger, fear, worry, uncertainty — and the thoughts that are giving rise to these feelings. This step may come naturally to some, but to others, it may not. “People don’t always pay attention to what they’re feeling or the thoughts connected to [those feelings],” Rego explains.

He says keeping a daily journal is a great way for people to build awareness of the stuff they’re feeling and the thoughts that are fueling those emotions. “Keeping a journal can also create a distance and objectivity that allows you to examine thoughts and feelings from different angles,” he says.

Mindfulness training — even a smidgen, such as an introductory podcast or YouTube lesson — can also be helpful. “The essence of mindfulness is developing the capacity to direct attention to thoughts and feelings in a nonjudgmental way,” Gross says. And this is exactly the type of trainable skill that makes effective reframing possible.

“People confuse mindfulness for something mystical or new-agey, but you don’t have to meditate or sit in the lotus position to do it,” Rego says. Whatever situation you’re in, you can practice mindfulness by letting go of distracting or preoccupying thoughts and focusing your attention on what you’re doing in the present moment. “You can do it while you’re brushing your teeth or eating a meal,” he adds.

Once you’ve drawn a bead on your emotions and you’ve identified the thoughts giving rise to them, you’re ready to do some reframing. And while that may sound complicated, it simply means thinking about the source of your negative feelings in a more positive or empowering light.

Covid-19 is presenting everyone with hardships. Without denying the seriousness and gravity of the situation, it may be helpful to reframe this as an opportunity to rise to a challenge — almost like training for a marathon or making it through “dry January” without touching alcohol. Let everyone else freak out; you’re going to be the rock that weathers this storm. “You could also view this is an opportunity to spend more time with your family or to reconnect with old friends, or to read books or take up new hobbies,” he says. “Highlighting a goal and seeing situations in terms of [working toward] that goal can really change how you feel.”

All this may seem a little too simple to be effective. But it is. “Just recognizing that emotions are not out of your control and that you have the ability to regulate them is really powerful,” Gross says.